Many of us have gone through school and college with our names being called by the teacher at the beginning of each class for attendance. Many others experienced a more advanced system where you had to punch in your ID card in a sensor, while a few of the students went through the transition from the pen-and-paper to the automated method.

Even though teachers and students alike had some difficulty in the beginning in adjusting to this novel system, an attendance tracker was, without a doubt, one of the best innovations added to the school ERP system. Not only was it far easier for the school management to manage the attendance system, but it also saved a lot of class time that was waste on roll calls.

Manually taking attendance was not the only method that was prevalent before the attendance tracker became common. A digital method of the manual roll call in the form of information management tools like MS Access was quite popular at one point in time. A lot of the tasks were made easier, like searching for a name, adding up the number of days attended, etc.

However, it does not solve the issue of having to spend hours entering the data, only replacing the paper and pen with the computer. In many offices, the clocking system was also used to keep track of the hours the employee was in the office. It has now been replace by an automated input and management system working on the same theory. But, in this too, there was always the challenge of preventing proxies or false inputs. An attendance tracker solves most of these issues quite easily.

Absenteeism is and always has been the biggest problem in academic institutions. Students often “bunk” classes for various reasons. It becomes difficult to track these absences when a friend is fitted with the responsibility of standing in for them as a proxy during the roll call. Moreover, many teachers often skip the roll call too, either due to shortage of teaching time or laziness. This not only affects the academic performance of the student but can also cause the morale of the professor to be affected.

An attendance management software will automatically track and enter which students are present in class and which are not, thus, not only conserving class time but also making the system more accurate and efficient.

Also, it becomes impossible to know if a kid really had an issue for which they had to miss the class or was just bunking since it is not outside the morality of some students to fake the signature of their parents. It becomes even more difficult to verify the truth if they were present in one class and absent in another since the issue can easily be blamed on the mistake of a teacher.

Conventional attendance systems are also extremely time-consuming to update and maintain. Whether entering by hand or on a computer, it will take at least a few hours to make the update for the entire school or college. That time could have been better utilized in other, more important tasks.

Similarly, at the end of the year, it would take an immense amount of time to compile the entirety of the records to prepare the individual student reports. Having an automatic attendance tracker bypasses all that hassle and compiles all records without the intervention of a person. The time thus saved can be spent on more important management duties.

An attendance tracking system will automatically record when a student enters the institution, when they leave, how long they take for lunch, whether they are actually attending a class, and where they are at any time. When the system detects a hole in the record, the student can be instantly summoned to provide an alibi.

Thus, it is especially useful to keep truant students in check. An attendance tracking system automates the entire process of recording attendance, maintaining the records, entering them in the rolls, compiling the data and providing the required information for a student or a class whenever asked for. This saves time and effort and makes the entire process far more efficient.

RFID refers to Radio Frequency Identification, while biometric refers to the identification of a person via a phenotypic unique character like a fingerprint, palm print, retina scan, voice recognition, etc. It would be wrong to say these systems are new, as many schools and colleges have already started using these to make attendance management efficient and easy.

While biometric recognition requires only for the person to be present, as is apparent, RFID technology scans a radio frequency emitted by a chip. This means the chip will have to be provided to the student in some form. This can be as an ID card, a uniform patch, a tag or label or in any other form convenient to the institution. The easiest way to install this system would be using small readers, in which case, the ID card or tag would have to be held against the sensor for a hit. A more powerful, advanced system would be walk-in readers that can be installed at the entrance to register attendance as the student enters the premises. 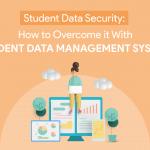 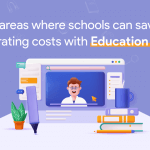 7 areas where schools can save operating costs with education ERP 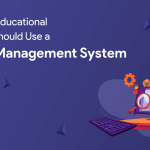 Why Every Educational Institution Should Use a Faculty Management System?